The omniscient green voice was starting to make Bob nervous.

SO, BOB. DID YOU KNOW THERE’S BEEN A TOTALLY OPTIONAL UPDATE TO THE DRIVER SOFTWARE?

Bob shook his head. Of course he hadn’t known.

IT’S TOTALLY OPTIONAL, BUT IT FIXES ISSUES WITH DS-FMS DIAGNOSTICS AND CONNECTIVITY.

Nodding, Bob set his coffee down and tried not to appear too nervous. “Totally optional, you say?”

REALLY TRULY. I SWEAR IT ON MY OMNISCIENCE.

WELL, WHEN i SAY OPTIONAL, WHAT I REALLY MEAN IS THAT YOU HAVE TO HAVE IT IF YOU WANT TO COMPETE. SO BY OPTIONAL I ACTUALLY MEAN IT’S REQUIRED.

Bob picked his coffee up again and stared at it. He really needed to look into getting a stronger brand of coffee. Maybe Irish coffee. He didn’t get paid enough for this job.

Susie couldn’t believe she was doing this. Why should she hang around those two darn officers, risking her life.

Well, she thought, the alternative would be  never existing since she wouldn’t have a place in the story.

So here she was. Fixing the duo’s buggy code.

After some initial inquiry about their problem with making the RoboCop work and putting away the flyswatter Susie got right into it.

“So what exactly is the problem?” Susie asked.

“So we’re using SmartDashboard with C++, and the code keeps locking up randomly!”

Susie pulled up Google and with a few clicks and swipes of the mouse she figured out the solution.

“So, I’d recommend updating this new Eclipse Plugin. Only recommend, not required. So look, here’s the info about installing updates. Here’s the complete changelog.”

When Susie turned away from the computer she found a gun pointed at her face.

Her first thought was, “Of course, a supporting character always has to die.” the second was, “I knew I shouldn’t have come into work.

“What would we do without you?”

A Request For A Favor?

It was the time of year when the officers went through all the complaints, apologies, suggestions, compliments, and questions they had received in the last year on their blog, The Intrepid Investigative Duo

“You can’t just shoot people! That’s against the law!”

“I’m pretty sure  you can’t just shoot whoever you like, even if they are a supporting character.”

Blah, blah, blah. All the same. Didn’t people have any imagination?!

“They should really check the Q&A before asking us. After all that time we spent on it.” Straws said, shaking her head.

“If they can’t find that, they should search for keywords to their problem.” Speedy said.

[insert stuff about the investigators running a lemonade stand]

Suddenly Bob, co-worker who existed only to provide comic relief, to get the investigators their coffee, and to introduce relevant information, appeared and asked them some questions about their “business plan”.

“Don’t you have a formal business plan? Everyone has to have one.”

“Also, in addition to submitting it through STIMS, your team (you two in this case) can create a more comprehensive plan in our own style. Then you may provide hard copies of it to the judges at events to supplement the information you gave in STIMS.”

“No,” Bob said. “I did not bring coffee because I drank it all. I drank it all because I hate my job and I have only the most feeble understanding of my purpose in life, or why I even exist. Call it an existential crisis. Coincidentally, that’s also why there is no more alcohol in the alcohol cupboard.”

“We have an alcohol cupboard?” Speedy inquired, frowning.

“Had,” Bob corrected. “We had an alcohol cupboard.”

Two pictures lay on the desk of the investigators.

“Are we trying to spot the difference? They look exactly the same.”

“Ha! I found it.” The officer took her pen and circled the gap between the top edges of the tote and the step which happened to be 3 ft 9.5 in.

Speedy read the memo and shrugged. “Yeah, it is,” she said. She picked up a pen and leaned over to cross out the redundant bit. “There,” she said. “Problem solved.”

That was just before the Secret DORDSP* Police crashed through the windows and removed both investigators for reeducation.

“OH NO.” Straws had just remembered something. Something terrible. Something that would make their current situation even worse.

You must never speak of pneumatics. Otherwise. . . 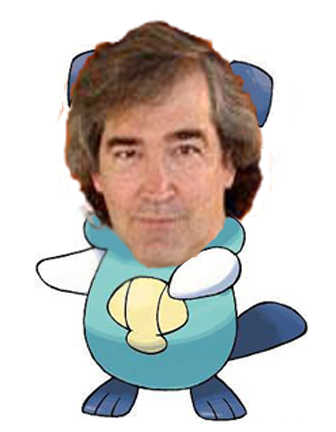